The Key Differences Between React and React Native

React and React JS are both based on JavaScript and are excellent to create web or mobile apps. You’ll find that some developers are die-hard supporters of this language and framework while others hate it with a passion.

But for a developer looking to build a new web or mobile app, it is easy to be confused as to what the reality is.

Keep reading as we explore the React vs. React Native debate and share our views.

A Bit About React and React Native

Facebook’s JavaScript library is known as React, which is now used by over 35.9% of developers to create robust web applications. Its popularity is mainly due to the small learning curve since it is based on JavaScript and the virtual DOMS feature.

React Native is primarily used for developing cross-platform mobile applications; which means that you can develop both iOS and Android apps using this JavaScript framework.

You can write the code once and then reuse or repurpose it across platforms to cut down on development time.

The Differences in the Unique features: React vs. React Native

Both React and React Native have specific qualities that contribute to their popularity. Here are some of the benefits and the drawbacks that will help you draw a comparison between the two:

The Benefits of React (React JS):

React JS was released in 2013 and soon became one of the most used libraries due to its features:

React offers developers the joy of using and reusing the code components. The benefit of which is faster development and much easier debugging of web applications.

With React, you can make changes in the child component without affecting the parent component due to the one-way data flow system of React. This allows developers to make changes and add features in the web app without having to redo the entire code, or worrying about the parent code destabilizing.

This is a huge benefit for developers who wish to make high-functioning apps with room for expansion.

The online community of React JS developers is an undeniable feature of the library. You will find an answer or multiple answers for every query you post on different forums.

This is the primary reason why React is loved by 68.9% of the developers surveyed by Stack Overflow.

So even if you start building an app without prior experience in the genre of features or functionalities, you will still be able to complete the project due to the help of fellow React developers.

React JS renders the content on the server-side, so your app is indexed much faster when the Google bots crawl your single page application.

Loading the JavaScript code on the server-side makes your apps perform better and load faster, contributing to SEO.

Few of the Great Features of React Native

React Native uses React libraries as its foundation, and builds the mobile apps with the original React JavaScript. That’s why some of the great features of React are also transferred over to Native.

Here are some of the reasons why you should use React Native; you’ll notice some differences from React JS’s features:

The reusable modules and UI components feature of React is also a benefit of React Native.

So now when you want to create apps for more than one platform, you don’t have to create them from scratch. Instead, you can write code for only those features that require a different setup for a specific platform.

This feature makes using React Native good for startups since apps are quickly developed this way and you can get them into the hands of the users sooner rather than later.

Since the code base is the same for the cross-platform apps it becomes easier for you to maintain the different apps. You can identify the issues, if any, in the code, then fix them once and apply the corrected code across all your platform apps.

If you are experienced and have an in-depth understanding of how third-party integration works then this means unlimited customizations for your app.

Hot reloading is a well-loved feature of React Native. It is where you can modify some components of your code while the app is running, without restarting the application.

You can easily insert new code and the app will automatically update. This saves the developers’ time during debugging and final testing stages.

The key Drawbacks: Difference between React and React Native

All good things come with some drawbacks; you just have to learn to take the good with the bad. Read through some of the failings of both React and React JS below, and compare the two:

Some of the negatives of React include:

While external libraries were introduced as a helpful feature, they are now too many to handle, yet not enough.

You’ll find quite a few libraries for the basic codes but if you need specific functionalists, then you either have to recode a lot of files from these external libraries or write the code from scratch yourself.

2.       Maintaining Consistency Across the Components Can Be Time-Consuming

Some developers find it hard to keep track of the sub-components. In some complex libraries, the state of the parent is passed onto the children, and due to subdivisions, the state is passed down further and further until you lose track.

This unnecessary complexity is frustrating and a reason for developers to not use React.

The learning curve for React is steep.

By the time you get a good grip of a library, a new upgrade comes along, and developers must relearn most things. It can be exhausting and you need a lot of stamina to keep updating yourself with the new libraries.

The reason mentioned above is exactly why the maintenance of web apps built with React is expensive.

If the code library changes and you need to make modifications then you’ll have to download a react-enabled library. That makes the process long and increases your costs.

Although a groundbreaking framework of its time, React Native has some serious problems that you should know about when looking at the difference between React and React Native:

Even though JavaScript is easy to learn, React Native has a complex UI that will not work if your app requires more than a few animations or stimulations.

Plus the user interface segments have to be coded independently for the different platforms so it takes up a lot of time and requires superior skills that novice developers do not possess.

The APIs of React Native don’t behave the way you expect them to when you start to scale your app.

Instead of simply integrating additional code, this process requires a lot of recording, writing new code and debugging which is neither fun nor productive.

3.       Differences Between iOS and Android

Many components act differently across different platforms, so developers at times end up having to write more code for each of the platforms rather than reusing the same ones.

It defeats the purpose of using React Native as a cross-platform app with reusable components.

Open-source frameworks such as this JavaScript framework are not the most secure for developing apps with confidential information such as personal financial information or medical records.

Some common threats include cross-site scripting and server-side rendering attacks.

React and React Native are excellent language/frameworks for building apps, you just have to weigh the pros and cons and decide which is better for your needs.

Developers with a sufficient understanding of JavaScript can easily manage both React and React Native.

But if you need some help with developing your app or modifying it to add more features, reach out to us as we have expertise in React and React Native. 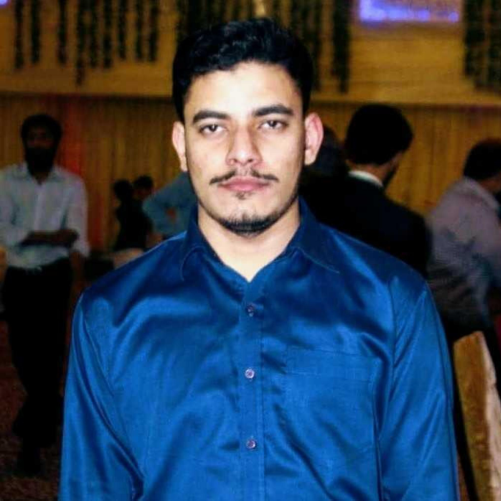 Waqas Ahmed is a senior PHP & Shopify web developer at ClickySoft’s development team. When not coding or writing for the web he spends his time watching sports & enjoying good food.

The Key Differences Between React and React Native