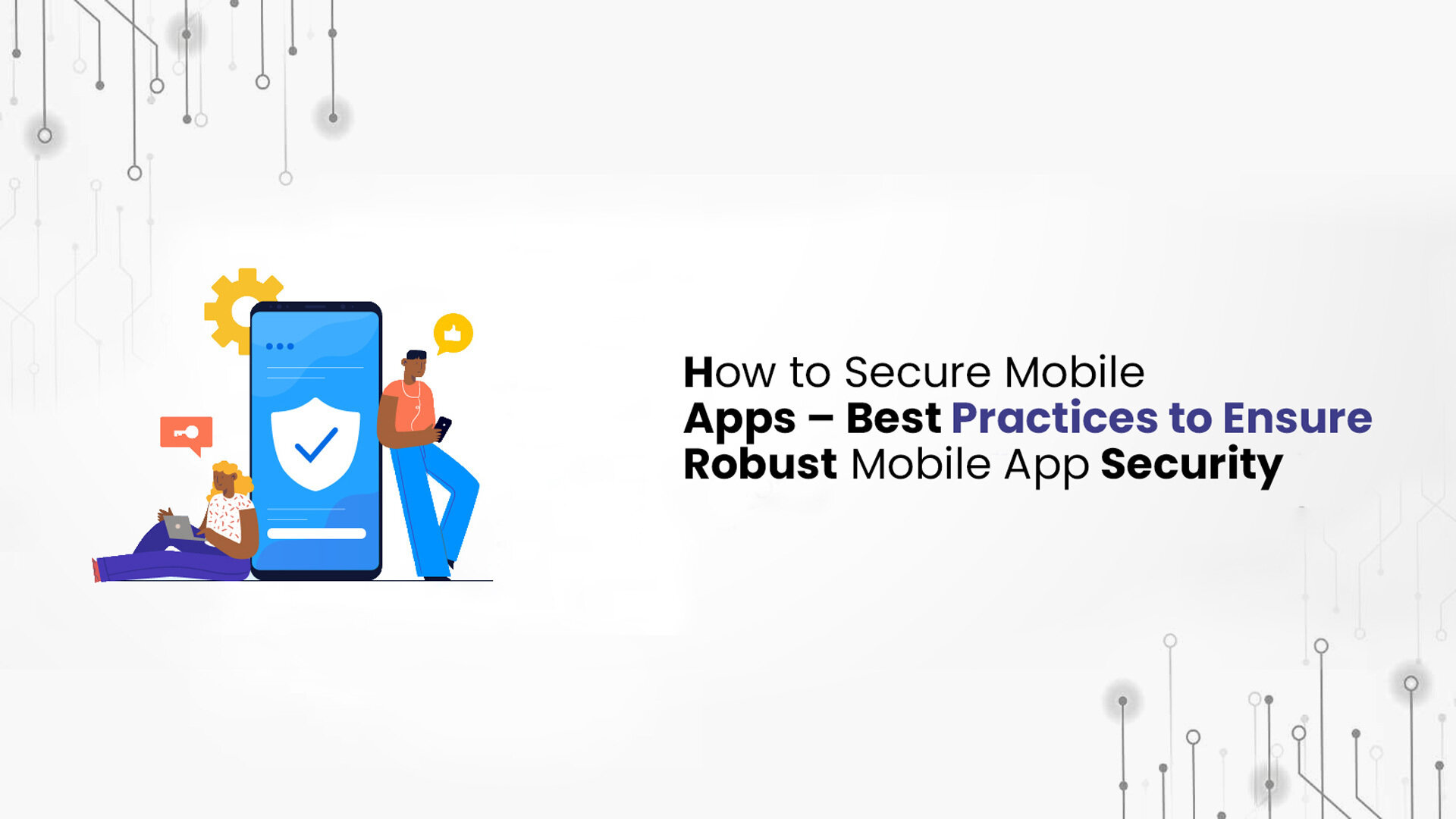 The number of mobile phone users has surged significantly, with the number of associated applications. Users can access millions of mobile applications for shopping, communication, personal information sharing, banking, and many other activities.

Businesses and organizations worldwide have embraced this acceleration in mobile applications to enhance client communication and productivity.

However, as a mandatory solution, mobile apps have their share of vulnerabilities. Due to its sensitivity, secure mobile app development is a key issue in the discussion today. Mobile apps have become a prime target for cyber threats, and organizations must ensure safety while offering numerous benefits to clients.

An insecure mobile app is an open invitation for any cybercriminal to gain unauthorized access to information. Mobile apps contain vast amounts of data, from personal contact details to sensitive financial records.

A breach in the app can cause a devastating impact on a user or business simultaneously. It can cause irreparable damage to business reputation and client trust as they expect data privacy and security. 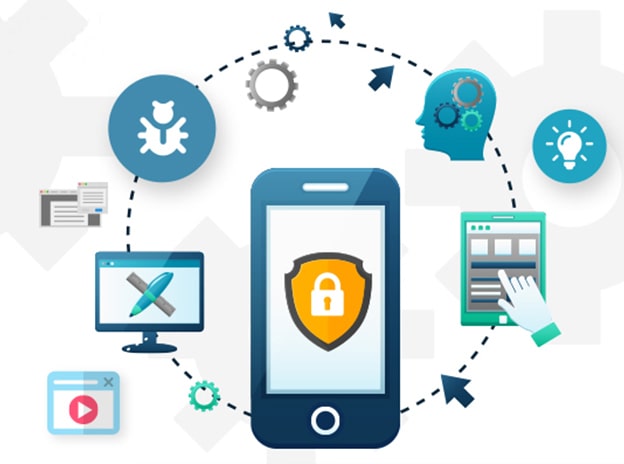 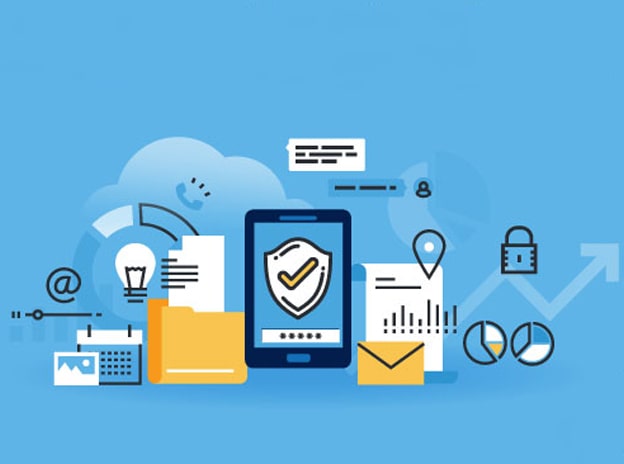 Every professional mobile app development company in Houston must consider the best security practices for mobile applications. These practices not only add a secured layer to an app but also keep sensitive user data in safe hands.

Cybercriminals and mobile malware can detect any loopholes or bugs in an app source code or design since they are on the client side (mostly). Attackers can use reverse engineering techniques to make a rogue application out of the source code. They upload these fake apps to third-party stores to lure unsuspecting users and trick them into using these copies.

Organizational reputation is at stake due to these threats, and developers must remain vigilant while building the app. They have to include tools to identify security issues and address these threats. Developers must prevent reverse engineering of their source code and encrypt it to prevent anyone else from reading or tampering with the program.

Loosely coded and unauthorized APIs can grant an unintentional gateway for a hacker to gain access and gravely misuse an app. For instance, a local caching of information allows programmers to reuse that while enabling API calls.

Even though it might make a coder’s work easy, such reusable APIs can create a loophole for any hacker to breach and gain privilege over the application. Experts recommend using only authorized APIs to ensure the best security for apps during development and beyond.

Initially, the best chance to add security for mobile apps is to train the development team about security. They should understand the importance of mobile app security and prioritize it in the beginning rather than later developmental stages.

Security is a vital part of every stage, and developers need proper cybersecurity training to make the process secure. A best practice for the secured app is only possible if the team realizes the seriousness of the subject and treats security as essential.

As the threats of cybercriminals continue to grow, it is best to hire developers with updated training and knowledge to address these issues.

Every project needs an open communication channel between the personnel to ensure its progress and success. Choosing a CMS for mobile app development and the selection of safety protocols also relies heavily on communication among all the teams involved to ensure its safety and security.

Holding routine meetings of developers with security teams ensures the identification of security issues in the beginning, during, and after development. Pinpointing these issues takes the process in the right direction and is one of the mobile app security requirements in cybersecurity.

Other mobile app security best practices are constant quality assurance and penetration tests against random security issues. Regular checks, especially pen testing, keep an app secured on all levels and address vulnerabilities. Companies have to hire professional app developers who know the vulnerabilities to perform tests and identify issues. Certain loopholes, if left unchecked, can cause reputational and financial damage by giving data and information access to an unauthorized person.

Apply the Principle of Least Leverage

The principle of least leverage has become a point of cybersecurity discussion lately. The principle requires granting a subject only necessary privileges and details to accomplish the task.

From the perspective of mobile app development, least leverage states that a code should only have limited permission needed to perform a function. It has found relevance in other IT applications such as networking, end-user systems, permissions, and others.

If a mobile app does not use functions such as location, contact information, or photo galleries, it is best not to give the app access to these resources. The principle of least leverage significantly reduces application breaches in this manner.

Applying the latest cryptographic techniques enables developers to secure mobile apps against threats and security breaches. Outdated tools such as MD5 and SHA1 are not ineffective against modern dangers, so experts advise using the most updated ones for maximum effect.

Modern algorithms such as AES (256- bit encryption and 512-bit strength) can hold their own against emerging threats. Keep the cryptographic keys in safe storage rather than on local devices.

Since mobile applications have a client-server mechanism, developers need a secure mechanism to ensure security for back-end servers. Most developers assume that only the programmed applications can access the interface; however that is not often the case.

An essential practice for mobile app security is verifying all the interfaces are as per the code’s intention. Since the interface of a program and transportation mechanism may vary for every program, securing back-end servers is essential to prevent breaches.

Technology is fast, and attackers have found new ways to access and exploit applications. There is no guarantee that even the above tips might prove successful enough to prevent threats and breaches. Eventually, hackers might find a way to access and tarnish an application.

Creating a backup plan gives you a restore point from the impacts of any successful breach. The files from the backup assure continuity if things go awry. Experts recommend creating sound backup plans and storing them in a safe location frequently.

The demand for mobile applications has drastically increased due to a surge in usage. Developers today have a double responsibility of developing an application and ensuring its security. They have to keep a checklist of methods that can keep an app secured on all levels. Security threats continue to emerge, and it is wise to consider these practices to enable secure mobile apps.

What Is Mobile App Security?

Mobile app security is developers’ tools, techniques, and methods to ensure an application is safe for users. These security features allow an application to prevent unauthorized access or breaches while ensuring it fulfills its developmental intention.

How Does Mobile Application Security Work?

Developers use various best practices to ensure security for mobile applications, such as encrypting codes and using cryptographic tools. These security features work by adding layers of security to an application and keep outside interference from gaining access to the information present.

What are the best practices to protect mobile applications?

Some of the best practices to secure mobile apps include:

Mobile apps are only secure when there are proper security protocols implemented during development. If the app has security certificates issued by regulatory authority then the app is safe to use and fulfills all the necessary requirements.

How to make an app secure?

How do I make sure my application is secure?

Various regulatory bodies issue a clearance certificate to apps that they feel are safe and have taken all the safety requirements in consideration. Additionally, businesses can contact reliable mobile app development services for the task. Users have to consider installing an app from reliable sources such as Apple or Google Play store rather than any third party app store.

What are some security concerns with mobile application development?

Some of the most common security issues that arise during mobile app development include:

Why is mobile application security important?

Since the number of mobile users is growing, there is a lot of information shared on these devices. A single bug in a mobile app can leak the data or personal information to the wrong person for exploitation. That is why mobile app security is of utmost importance today.