Identify a true statement about the internet of things (IOT)

The Internet of Things (IoT) can simply be described as a network of physical objects—”things”—that are embedded in sensors, applications, and other technologies for communicating and sharing data with other devices and systems over the Internet. IoT is a giant network of interconnected objects and entities – all of which gather and exchange data on how they are used and the world around them.

How does IOT work?

The IoT framework consists of sensors/devices that talk to the cloud through connectivity. Once the data is uploaded to the cloud, the software processes it and may then decide to perform an action, such as sending an alert or automatically adjusting the sensor/device without the need for the user. But if the user input is required, or if the user simply wants to check in on the system, the user interface will allow them to do so. The user’s actions or adjustments are then sent in the opposite direction via the system: from the user interface to the cloud, and back to the sensors or devices to make some changes.

Advantages and disadvantages of IoT

Some advantages of the internet of things are as follows:

Some disadvantages of the Internet of things include the following:

IoT standards include the following:

IoT frameworks include the following:

There are several apps of IoT, ranging from consumer and organization IOT to manufacturing and industrial IoT.

The smart home is undoubtedly the most common IoT technology because it is the one that is most inexpensive and readily available to customers. From Amazon Echo to Nest Thermostat, there are hundreds of devices on the market that users can monitor using their voices to make their lives more interactive than ever before.

The use of wearables or sensors connected to patients enables physicians to monitor a patient’s condition outside the hospital and in real-time. By continuously monitoring certain metrics and automatic warnings of their vital signs, the Internet of Things helps to improve patient care and prevent severe complications in high-risk patients.

A significant amount of data on the soil state and stage can be obtained through the implementation of IoT sensors. Information such as soil moisture, acidity levels, the presence of certain nutrients, temperature, and many other chemical characteristics helps farmers control irrigation, improve water efficiency, specify the best time to start cultivating, and even to discover the presence of diseases in plants and soil.

The Internet of Things links billions of computers to the Internet and requires the use of billions of data points, all of which must be protected. As a result of its extended attack surface, IoT protection and IoT privacy are cited as major concerns.

The Federal Trade Commission study “Internet of Things: Privacy and Protection in a Wired World” found that fewer than 10,000 households would produce 150 million discrete data points per day. This provides more entry points for hackers and makes confidential information vulnerable.

The study also found that businesses may use the collected data that customers voluntarily give to make decisions on jobs. For example, an insurance provider may collect information from you about your driving habits via a connected car when you calculate your insurance rate. The same could happen with health or life insurance with fitness trackers.

Discussions about the internet of things take place (and have been going on for many years all over the world as we strive to learn how this can affect our lives. We are still seeking to consider the many possibilities and problems that will emerge as more and more devices continue to join the IoT. Right now, the only thing we can do is to teach ourselves what IoT is and the possible effects that can be had on how we function and live. 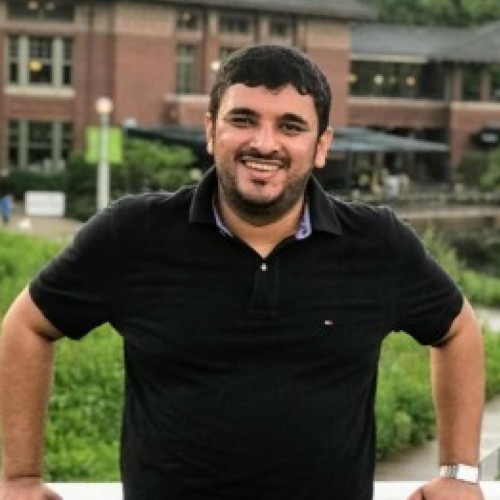 Irfan A. Rehman is a managing partner of ClickySoft USA, a well-recognized full service digital transformation agency based in Houston, Texas. He has been attached with the ICT sector for over twenty years, helping businesses & start-ups as strategic partner & planner in USA & MENA region.

How long has the Internet been around?

Top PHP Tips and Tricks that Every Developer Should Know